At the end of November 2019, Albania was struck by the world’s deadliest earthquake of the year, killing 52 people and injuring about 3,000. Caritas Albania has been providing relentless support to persons in need ever since. In the days after the earthquake, this support consisted of immediate relief activities, such as the distribution of food, mattresses and blankets and of the provision of accommodation to those who lost their homes. Caritas staff and volunteers have also been organising animation activities for children and psychosocial support for adults traumatised by the event. These latter activities have been highly welcomed by the communities with which Caritas works, especially since the countless aftershocks have been causing further panic among people who are still struggling to cope with what the initial earthquake.

Now, more than one and a half months later, life is back to normal for those who were fortunate enough not to suffer any losses. But what happened to all those who had to leave their homes?

The national and local authorities are continuing to assess the safety of houses throughout the affected area. Many apartment buildings have already been declared uninhabitable and torn down, causing thousands of families to lose their homes. Other houses are still waiting for their verdict. As an immediate response to being homeless, the state provided two solutions: being accommodated in a hotel or receiving a tent. Thousands of families were accommodated in private hotels, while waiting for the start of the government reconstruction programme or for a permission to return to their own homes. The reconstruction phase has not yet been formally launched and frustrations are running high, especially since all families will need to leave the hotels by the end of January. Alternatively, the government and NGOs distributed tents to those who did not want to leave their houses behind.

The tents were set up next to the damaged houses. Initially, people slept and lived in their tents, but over time they started to spend more and more time in their houses during the day. The feeling of unsafety inside the damaged buildings is slowly waning and little by little people will abandon the tents and move back into their homes, ignoring the high risk of collapse. This risk is particularly high in the event of a new quake.

The government also started granting rent aid to persons with uninhabitable homes. However, many persons are excluded from this programme because of lack of information or because they are not eligible. Families that received a tent are told that they cannot receive rental subsidies as they chose to live in a tent, although they have the right to change their minds. On the other hand, those who are eligible for rent aid have to find an apartment or a house to rent themselves. This is problematic because the massive destruction of buildings has caused an acute lack of apartments and houses in which people can live. As a consequence of lack of offer and high demand, there is a hike in local rental prices of 30%. In addition, many people are excluded from rent aid as they do not have the ownership documents for their homes. This is a common issue in Albania where the status of many houses has never been legally regularised. As long as someone is not in the possession of the documents proving that they own the house, they are not eligible to receive rent aid, even if their house is uninhabitable.

Caritas Albania, in collaboration with the dioceses and local structures of the Catholic Church in Albania, is assessing the needs of those who do not yet receive any governmental or municipal support. Particular attention is paid to vulnerable individuals, such as elderly persons or persons with disabilities. For example, on Friday 17 January, Caritas undertook a field visit to the town of Laç to assess the damage in some houses and to look for ways to provide further support. Laç was severely affected by the November quake. Many persons were moved to hotels in other areas or are living in tents next to their damaged houses. They would like to receive assistance in repairing their homes as soon as possible. This is understandable as they have been living in this condition for almost two months now.

But the authorities do not yet allow Caritas or the other organisations present in the field to start the rehabilitation and reconstruction phase. They first need to approve the minimum standards for reconstruction, which are currently being developed. This moratorium on reconstruction is a safety measure by the government to prevent badly implemented repair works that might endanger people’s lives.

Caritas is therefore continuing its all other support activities, such as the provision of accommodation to people rendered homeless, the provision of hot meals and the organisation of animation activities for displaced children. The team of Caritas Albania is currently also preparing for the next phase of its support to the people in Albania, which will include the continuation of psychosocial activities, a housing programme, cash assistance and disaster risk reduction activities.

Earthquake damage in Laç, Albania. Field visit on 18 January 2020.
One of the first activities of Caritas Albania was to provide food support in different locations.
The food support consisted of cooked meals or of packed of different food products, such as depicted here.
Blankets and mattresses were among the items most needed in the days after the earthquake.
Many persons refuse to leave their homes and dwell in tents such as these outside of their damaged, uninhabitable houses.
The damage caused by the earthquake is clearly visible on many houses such as here in Laç.
The apartment blocks that stood here were so severely damaged that they had to be torn down in the aftermath of the earthquake. The inhabitants are now temporarily housed in hotels or with relatives.
The authorities assess every house; those beyond repair representing a danger will need to be torn down.
This two-story house was assessed as being uninhabitable. One way to preserve the house would be to completely remove the staircase and the first floor and to only keep the ground floor.
The signs of damage are clearly visible in this bedroom. Living in this house would be too dangerous as it might collapse during the next earthquake. 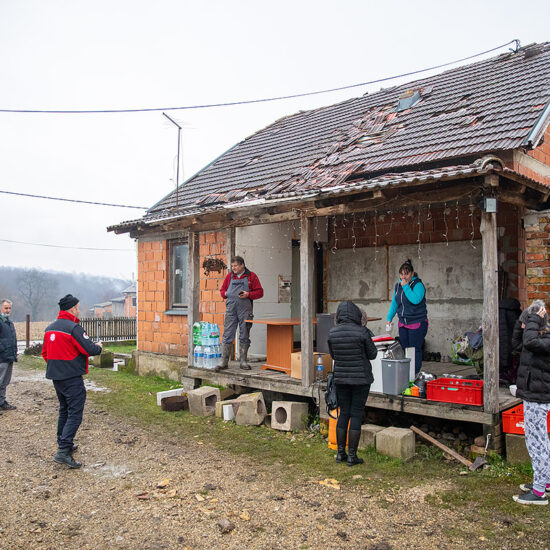 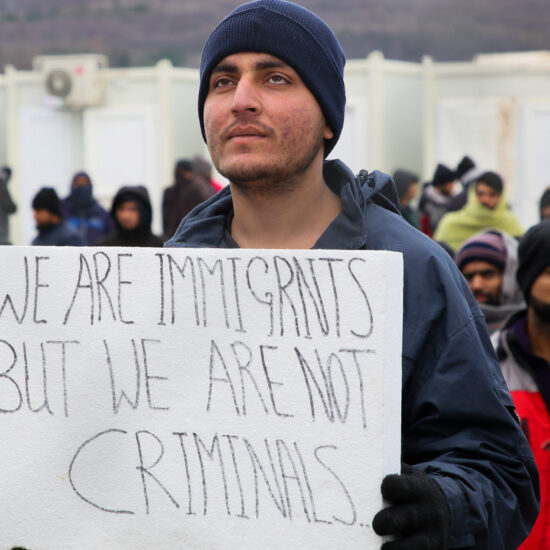 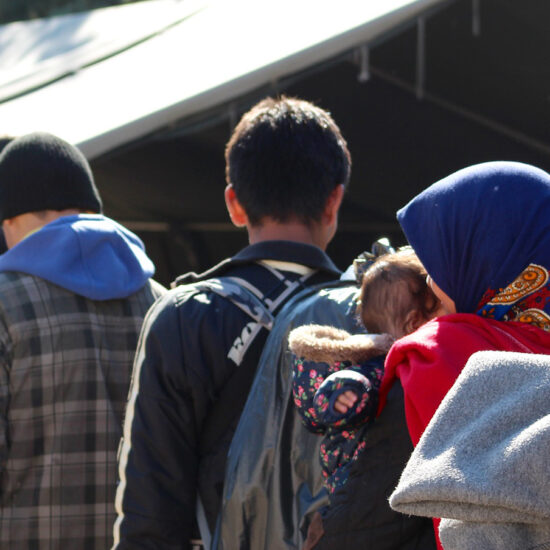 Migrant flow picks up in Bosnia and Herzegovina