This year the Communication Forum will be a virtual event due to the COVID-19 pandemic and the uncertainty surrounding travel in Europe. Still, we think we can have a productive and fun Forum. It will be different to what we’re used to, but let’s give it a try and learn from the experience.

The focus of this year’s Forum is on online communication. We will explore new trends in online communication (social media, virtual meetings), and talk about ways to deal with issues surrounding (social) media ethics and hate speech. The forum will also tackle digital fundraising, and what tools and methods can be used to increase campaigning effectiveness. Finally, COVID-19 has had such a huge impact on our work this year that it would be impossible to not discuss how it has affected us, and what ways we’ve communicated about it and dealt with it in our communications.

Please note, the programme is a draft and is subject to change.

The Forum will take place online over 3 days in November: Monday 9, Tuesday 10, and Thursday 12. Wednesday is a public holiday in Belgium and in many other countries. There will three main modules divided into six sessions (two sessions per module). Participants can choose to participate in any or all of the sessions but it is recommended to join for an entire module. A module runs from approximately 9:00h – 13:00h on each of the days and there will be breaks and interactive games interspersed throughout the days. You will never be at your computer for longer than 1h45mins in one sitting. 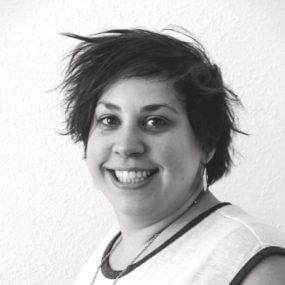 Constance is responsible for her organisation’s online presence. From conceiving its strategy to implementing and monitoring it. Since 2017, she leads Caritas’ Digital Marketing though Search Engine Marketing (SEM) and Social Media Marketing (SMM). She has also developed several digital media campaigns with goals such as awareness raising, lead generation, content distribution and community engagement. 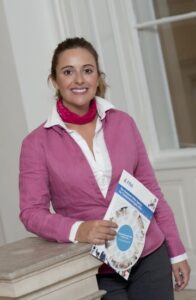 Blanca Tapia is the Programme Manager at the EU Agency for Fundamental Rights (FRA) one of the EU’s decentralised agencies set up to provide expert advice to the institutions of the EU and the Member States on the fundamental rights of people living in the EU. Previously Blanca Tapia worked as FRA Spokesperson/Media Manager, directly working with journalists on issues such as hate crime, racism, xenophobia, migration, gender equality, access to justice, LGBTI rights, and information society and privacy. She was as well Spokesperson for Combating Human Trafficking in the OSCE, and press officer at the Spanish Ministry of Defence. She started her career as broadcast journalist in the USA and then in Spain. 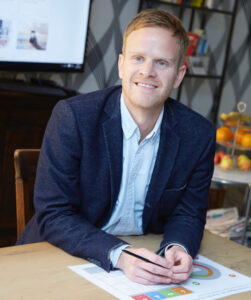 Christoph Keiser has been a digital fundraiser at Caritas Switzerland for four years. During this time he was able to further develop and establish online fundraising within the organisation. He has a degree in business communication and before joining the world of non-profits, Christoph worked in youth marketing, in the fashion industry and at a web agency. 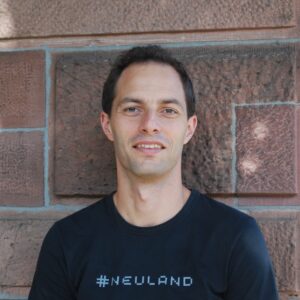 Jon Worth is a political blogger and independent communication consultant. His blog – jonworth.eu – and commentary on Twitter (@jonworth – 62000 followers) are well known in the Brussels EU bubble. He is a visiting lecturer at the College of Europe in Bruges, and as a UK citizen in Germany personally impacted by Brexit, he has regularly appeared in the German media to talk about the topic, appearing on Deutsche Welle, Welt TV, Deutschlandfunk, and in Zeit Online and Süddeutsche Zeitung. He studied Philosophy, Politics and Economics at Merton College, University of Oxford and European Politics at the College of Europe, Bruges.

Kristin is a communications specialist with 25 years’ experience of developing strategies and creative content for international charities and NGOs. As Global Creative Manager for Amnesty International, she collaborated closely with colleagues to develop a hope-based approach to progressive communication about human rights.  An experienced workshop facilitator, she has special expertise in developing messaging and narratives about migration.

This event is open for communication staff in the Caritas network.

Official registrations are now closed. Please contact Sebastian on stemlett@caritas.eu if you still wish to register.