Can you give us a brief overview of the main migration streams in Latin America?

The topic of migration has always been present in Latin America and the Caribbean. More or less we are talking nine million migrants in the region. The main final destination is North America but in the last few years increasingly Europe, particularly Latin countries such as Spain and Italy. Lately, the migration phenomenon has concentrated in states going through internal crisis situations related to political violence and human rights abuses such as Venezuela and Nicaragua.

There is migration toward countries with better economic development like Argentina, Chile, and to a lesser extent towards Brazil, because of the language. In the Colombian case, migration has slowed down, at least theoretically, due to the recent peace agreements, which are somewhat being undermined. And there is still a robust internal migration flow within the region, particularly involving countries like Venezuela, Colombia and Ecuador.

In your view, in the Latin American context, what are the main reasons for people to migrate?

Even though economic migration has been slowing down thanks to some economic growth in some of the South American countries it is still one of the main reasons. A good example of this is Peru which used to be a country of origin, and now is increasingly becoming a country of destination of migrants. A few years ago, Peru experienced the arrival of migrants from Spain because of the economic crisis there; and recently in Peru we received more than 500.000 Venezuelan migrants who came here because of the human rights situation in their country.

Currently, the political situation is so serious in Venezuela, worse even than in Nicaragua. About 1.600.000 people left the country in 2017, according to the UNHCR. Most of them have gone to Colombia, nearly 900.000. In Peru, by July, they were about half a million. The estimates are that Venezuelan migrants are about 160.000 in Chile, 82.000 in Argentina and 50.000 in Brazil. Mexico and Panama have received around 65.000 each. The UNHCR has estimated a 2000% surge in the number of Venezuelans who have requested to be recognized as refugees.

What impact migration has on countries of origin as well as migrants and their families?

Usually the parents migrate and the children stay under the care of the grandparents, so there is a phenomenon of estrangement between parents and their children: this is causing feelings of abandonment, suffering from long-distance relations that could lead to a crisis in the family. Cases of family reunification have been very rare so far because of limitations in migration policies.

The main positive impact of migration is the remittances. The money transfers made at the end of the 80s and during the 90s were very important for the economy at the macro and micro level.  Foreign currencies remittances became an essential trigger for local economic activity, contributing to local development. Remittances also still represent a way to pay for basic social needs, sometimes as primary income for the family. In other cases, this money even allows families to buy a plot of land, get access to better housing, or pay school fees.

There are other effects related to migration with positive formative goals. People who migrate for education reasons do not always come back but some of them do and make contributions to the scientific and professional development at their country of origin. There is also a contribution in the form of more dynamic international relations.

Does it make sense to distinguish between migrants, forced migrants, IDPs and refugees?

Yes, it is right to make a distinction. Beyond the categories you mentioned, there are situations of human trafficking that have a most serious impact on Peruvian reality. It is the case of the extracting industry, where illegal mines are creating shocking cases of human trafficking, especially of children and women.

In Peru we also face a lot of forced migration that can be considered as an outcome of the neoliberal model itself. It creates poverty and inequality to an extent that pushes people to leave and seek a better life elsewhere. Forced migration is the outcome of human rights violations that put people in such extreme suffering that they must migrate to escape violence.

Concretely, in Venezuela, dictatorial public policies lead people to lose all hope for a participative and real democracy. This situation has serious effects such as food and medication shortages that are pushing people to a desperate massive exile .Many professionals were also forced to leave and some of them are joining the informal economy in Peru because they are not allowed work as professionals here. We opened an information and orientation centre for Venezuelan migrants at the Peruvian Bishop´s Conference. Not many have come yet but the ones who have do not ask for more than to be heard. They just want to talk about why they came to Peru.

In Nicaragua, even though the situation is less clear, the causes for migration are similar. People are not pushed to migrate because of hunger or extreme poverty, but mainly because of the increasing violation of rights in the country. Young people are the most impacted, after they led a great protest movement against the government reforms. These protests were repressed with violence that even resulted in the killing of nearly 400 young people.

The number of internally displaced people is currently decreasing in Latin America, mainly because the conflicts affecting the region – such as in Colombia and Peru – are on the decline.

Regarding refugees, in Latin America there is an international recognition and protection of these people, whose life is in danger due to political or religious persecution. In Peru, as in other countries, the process is conducted in coordination with the UNHCR.

In your opinion, what is the relation between migration and development?

We must highlight the need for countries of origin of migration to put a remedy to their national’s exile, especially if migration is being motivated by economic reasons. Development cooperation and local development action must be implemented taking into account each country’s as well as local paradigms. In my opinion, development actors should move away from the concept of “development’’ and start talking about “buen vivir” (“well-being”) , that refers to an integral aspect of development, including cultural, economic, social, political and even environmental and ethical and spiritual aspects, ensuring a dignified life.

Another important measure would be for countries to encourage, possibly with incentives, their nationals who have migrated, either for economic or education reasons, to return, as they represent valuable human resources with skills that could be put at the service of the development of their communities.

What are the main challenges in Latin America for the 2030 Agenda for Sustainable Development to be achieved?

Migration has to do with all topics covered in the SDGs: infrastructure, justice, poverty, hunger, equality between men and women, water, energy, employment, innovation, and peace. In particular SDG 11 (sustainable cities and communities) is very relevant for migrants because cities and communities could develop a more welcoming environment for migrants, open to integration. Also goal 16 (peace, justice and strong institutions) and goal 17 (partnerships for the goals) are very important when it comes to migration.

We now see an increased interest in Latin America about the implementation of the SDGs. Countries in the region are producing voluntary reports to assess their achievements, and some have even presented these reports at UN forum (HLPF – High Level Political Forum), where Caritas Internationalis (CI) has participated and engaged actively. CI organised important side events during the summit. There is also a working group within Caritas Internationalis dealing with SDGs.

The problem is about which model is being supported through this process: either the extractivist* or neo-extractivist. Both right-wing and left-wing governments end up becoming extractivists and that puts a clear limit to the development and “buen vivir” (“well-being”) possibilities in a country. There could be a follow up on SDGs but, ultimately, what needs to be done is to deeply question these models.

How is the European Union contributing to sustainable development in Latin America?

Compared to other donators, I believe the EU is the region most aware about SDGs, particularly concerning topics such as local development, capacity development and interculturalism. In the USA, particularly under the current government, there is an economy-centred vision and a focus on internal rather than external issues. Other blocks, like the Asian one, are also market-focused. I believe the EU has the ability to understand proposals for integral development, interculturality and “buen vivir” (“well-being”), even if there is still work to do. Based on this, we could move towards a better understanding that could improve the EU’s participation in a kind of development that could be authentic, local, endogenous, rooted in local culture and respectful of Amazonian values.

* Background notes
Extractivism refers to the process of removing large quantities of raw or natural materials, particularly for export. It has been criticised for its wide ranging environmental and social consequences: global climate change, soil depletion, loss of biodiversity and contamination of fresh water are some of the issues that have been raised. Indigenous communities tend to be particularly susceptible to the environmental impacts of extractivism as they rely on their environment to sustain their lifestyles. Unsafe labour conditions, land grabbing and other human rights violations have also been associated with extractivism. 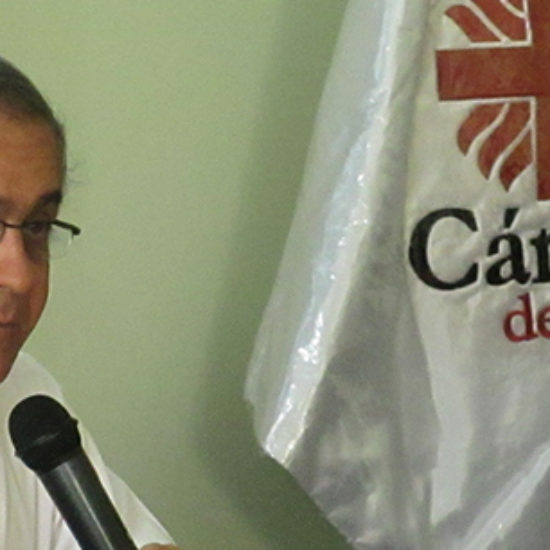