Erasmus+ for European cohesion and democracy

The European Parliament also plays a crucial role in the adoption of the multiannual financial framework (MFF) as well as the annual budgets of the EU. Caritas Europa contributes to the ongoing negotiations on the next MFF, because taking the right decisions on how and where EU funds will be spent has an impact on millions of EU citizens and on the construction of a cohesive, social Europe. The Parliament has to be informed of the positive or negative consequences of allocating EU funds to the one or the other priority challenge, policy, target group, etc. The following article shows how much the construction of a social Europe in practice can benefit from a wise allocation of EU funds.

To walk on different paths, to find new approaches and new solutions in order to solve current problems. This is the big advantage of a united Europe. We can always learn from one another.

This statement of one of the Erasmus+ participants stands for the spirit of the ‘Erasmus+’ project, which took place very successfully under the leadership of the Diözesan-Caritasverband Cologne during the last two years.

The EU-education program focused on studying together with professionals from Lithuania, Romania, Great Britain, Italy and Austria; each meeting took place in one of these countries. The meetings specifically focused on education work with disadvantaged families in Europe and on the relevant country-specific approaches of social work in each of the partner countries.

It still is an exception when professional social workers cooperate on a European level – working together as professionals in the area of science, economy and politics is much more common. Through the Erasmus+ programs the exception can become routine. The programmes offer the possibility to support cooperation among social work, to create knowledge about dealing with special focus groups and to develop a stronger understanding of structures and problems in other European countries. Something else should be underlined at this point, working in the area of international cooperation: not only professional workers are getting together, but also voluntary workers as well as people with poverty experience. All of them interact and communicate together and learn from one another.

The fact that several countries work together in the Erasmus+ project and visit each other creates a practical analysis of the connection between the goals of social work as well as the efficiency of measures. At the same time the reflection on the work done in other European countries offers a possibility to compare experiences and improve each other’s work. Visiting different European countries in order to get to know each other’s work as well as working together within the project creates a special value for the professional work of the involved partners. In addition, the project partners learn a lot about each other’s structures and social conditions – this clearly shows the various poverty problems and social imbalances between the countries which can only be solved by the help of a democratic and social Europe.

To learn from one another – this also played a role in the exchange with Lithuania. Which effects does mass emigration have for the Baltic state? What happens to the children if their parents leave in order to work abroad? What happens if especially the older generation stay? Will there be a guaranty for a healthcare provision if doctors are missing?

Lithuania is struggling not only against mass emigration but also against a very high poverty rate. More than each third inhabitant is classified as being poor and needs support by the State or is dependent on free food, which is also being distributed via Caritas institutions.

In Trieste, Italy, the Caritas institutions focus more on children who skip school and who often end up in the streets or in the drug scene. Through intensive care and support, the social workers and teachers win back the confidence of the children and teenagers. Suddenly they feel being taken seriously and are willing to follow a regulated daily routine and to take over responsibility for their own life.

In Romania the exchange focused on Roma families. There are Roma-ghettos in several Romanian cities, where people live without power and water supply. The project group analyzed the discrimination of this group and especially the meaning of being able to visit a school and of having the possibility of finding a job. Caritas, being a provider of childcare, has the advantage of being able to be in contact with families which often happens through conversation as many Roma people are illiterate.

It is difficult to keep up with the support as many Roma families go abroad during the summer in order to work, often being underpaid.

Through the participation of the ministry of employment, health and social matters of North Rhine-Westphalia, a visit of minister Laumann to Romania, and a visit from Caritas in Romania to Düsseldorf was made possible.

In addition, the transnational cooperation created bilateral projects between England and Lithuania focusing on the estimated effects of domestic migration due to Brexit.

All of this shows the success of the transnational partnership program: to learn from one another, to walk on new paths, to value and support each other in order to promote a united Europe. 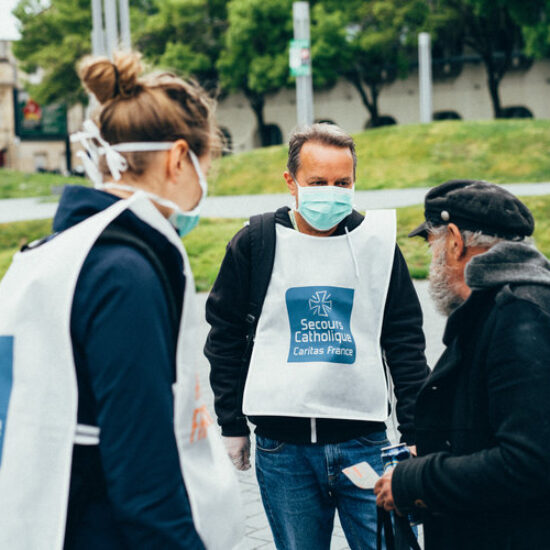 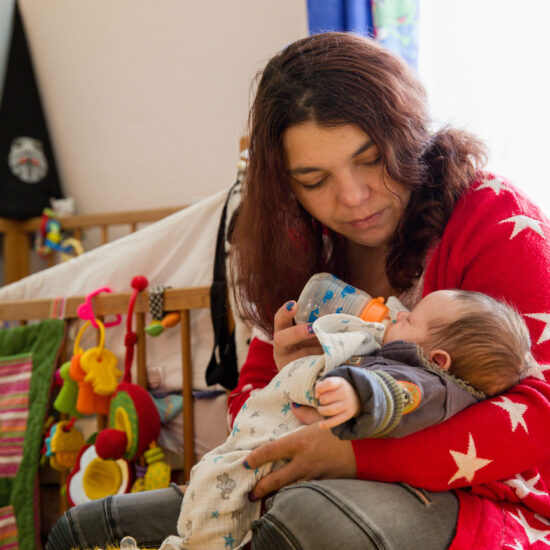