This year the EU Funding Workshop will be a virtual event due to the COVID-19 pandemic and the uncertainty surrounding travel in Europe. It will be a different experience but hopefully just as productive and beneficial for everyone.

Participants will get familiar with the existing EU funding programmes, getting a better understanding of how to broaden their access to funding. The focus will be on interactive sessions to learn from experiences from other members and to exchange promising practices, fostering peer-to-peer learning and shaping possible partnerships among the network.

The workshop will take place via zoom over 2 days: Wednesday, December 9 and Thursday, December 10, from 9:30 to 12:30 (CET) each day, including a coffee break. On both days we will break into subgroups based on thematic interest and you can pre-register below for your preferred sessions. 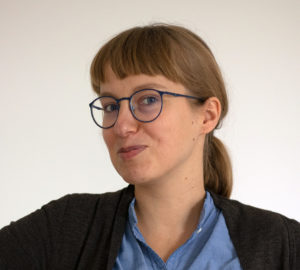 After working in Caritas Poland as volunteering specialist and animating the network of 44 volunteers’ coordinators, Agnieszka joined Caritas Europa as Institutional Development Officer for youth engagement in 2019. She is supporting the Caritas Europa network in increasing youth engagement and creating new opportunities for young people to get involved in the Caritas mission. Before joining Caritas, she worked as a coordinator and trainer in educational projects for young people. Agnieszka also created an academic course for students on entering the labour market and conducted several intercultural workshops for young people from multicultural areas. 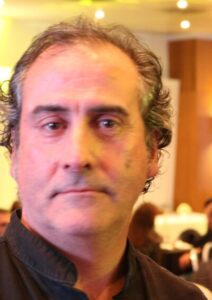 A sociologist by education António has been working at Caritas Viseu in Portugal since 2001. He coordinates a community centre and has developed and/or coordinated a number of projects such as More Active Community (2004-2010, Progress Measure 5.1); BERA – Basic Education for Roma Adults, an Erasmus+ project (2016-2019) involving several other Caritas partners; Cultour + Project (equally Erasmus+, 2015-2017) on youth entrepreneurship and social inclusion as well as Promoting mental health and well-being in the young, a research and innovation project under Horizon 2020. António has also spoken in numerous congresses.

Assya is the Executive Director of the European Citizen Action Service (ECAS) – http://www.ecas.org/ – an international non-profit association, based in Brussels, with a pan-European membership and nearly 30 years of experience in empowering citizens to exercise their rights and campaigning for an inclusive, transparent and democratic Europe. She has more than twenty years of experience in senior management positions in the non-governmental sector and in-depth knowledge of European Citizenship, European Rights Framework, EU civic participation formal and informal mechanisms. Assya has a Master’s degree in Law and another Master’s degree in European Studies. She is also a member of the Board of EUobserver – a not-for-profit, independent online newspaper.

James is currently International Programme Funding Manager at CAFOD, a role he has been in for 8 years. Prior to that he was Programme Development & Funding Officer at CAFOD covering the South East Asia and Latin America regions for 5 years. He has been donor lead on EU for much of that time, and either led on or supported the development of various successful EU funding development applications. He is based in London.

Petar is the Citizens’ Rights Training Coordinator at ECAS – http://www.ecas.org/ – responsible for coordinating ECAS’ training projects in the field of EU citizens’ rights, consolidating and digitalising ECAS’ training experience and expertise and designing new training modules involving different content-related approaches. He also takes part in the development of future activities in ECAS’ two focus area – on citizens’ rights and democracy. He holds a double PhD in political theory and political science from the Free University of Brussels (ULB) and LUISS in Rome acquired under the ‘Globalism, Europe, Multilateralism’ (GEM) Erasmus Mundus Joint Degree Fellowship. He was a visiting scholar at the University of Oxford. He holds an LLM in European Law and a BA in Political Science from the University of Belgrade. He teaches EU Politics at Vesalius College at the VUB and is a scientific collaborator at the Institute for European Studies at the ULB in Brussels.

Renée studied Political Science and Conflict Resolution in Amsterdam. She has been Trócaire’s EU Partnership Advisor since 2016, supporting Trócaire’s country offices and HQ teams in accessing and managing different types of EU development and humanitarian funding. Before that she worked with civil society organisations in Sierra Leone and with the European Commission (DG DEVCO) in Brussels. She is currently based in Dublin, Ireland.

Zoë is the Head of Strategic Development at Caritas Sofia in Bulgaria (with Caritas Sofia since 2014), where she leads on fundraising, partnerships and internal organisational development. She is also the Director of the Humans in the Loop Foundation, which offers training and employment opportunities to refugees and asylum seekers in Bulgaria, Iraq, Syria and Turkey. Zoe is from the UK, where she previously worked as the Coordinator of the Refugee Survival Trust in Glasgow. In her spare time she is a keen cyclist and triathlete.

This event is only for Caritas Europa members. We suggest to register one person per organisation as a smaller group allows for more interaction, especially in online workshops.

However, you can register more than one person if the size of your organisation or the different roles require it. In case there are too many registrations we will then offer the possibility of a “silent” participation (as observer).