The future of Private Sponsorships in Europe

will civil society be in the driving seat?

Although private engagement in refugee arrivals can take multiple forms, it is commonly understood that Private Sponsorship Programmes (PSP) refer to public-private partnerships between governments, who facilitate legal admission for refugees, and private actors, who provide financial, operational, social and/or emotional support to receive and settle refugees into the community. Private or community-based sponsorships have been mostly associated with the Canadian experience where, over the past 30 years, over 300.000 refugees were sponsored, increasing the Canadian refugee resettlement intake by 46%.

While resettlement has primarily been state led, civil society and churches have become actively engaged in calling for more legal pathways to prevent deaths at sea; likewise the 2015 refugee crisis has led to the mobilisation of thousands of local initiatives of private citizens, volunteering and offering direct support to arriving refugees. Against this societal change, PSPs (although not necessarily always “branded” as such), have developed over the past three years in Belgium, France, Italy and the United Kingdom, and new programmes in Germany and Ireland are currently in the making. Within these programmes, two approaches can be distinguished:

Initiated by the Community of Saint Egidio in 2015, a limited number of faith-based sponsoring organisations signed bilateral agreements (MoUs) with their respective governments, providing a loose procedural framework and maximum quota of refugees that can be brought in under humanitarian visas. Providing alternative responses to deaths at sea in the Mediterranean, the Humanitarian Corridors will have brought over 3,500 refugees from Lebanon, Ethiopia and Turkey, significantly adding to state-led resettlement. Under the humanitarian corridor programmes refugees are identified and selected by the sponsoring organisations, which also offer settlement and integration support for a minimum period of one year in their respective local communities and parishes. All costs of these programmes – pre-departure and post arrival – are covered by the sponsoring organisations mostly church funds.

Launched in 2016, the programme has been developed and steered by the UK Home Office, as a strand within the government funded Syrian Vulnerable Persons Resettlement Scheme (VPRS), which has an overall quota of 20,000 places for 2015-2020; as such, the programme does not provide for additional places. Refugees are identified by UNHCR and selected by the government under the same procedure as resettlement. Slowly taking up speed, 500 persons have arrived to date. All registered charities can apply to become a sponsor, provided they sign a commitment to support refugees for 12 months, submit a detailed settlement plan, ensure two years of available housing and guarantee EUR 12,000 available funding. The UK government pays for considerable portion of settlement costs, including accommodation. Similarly structured programmes will be launched in Ireland and in Germany during 2018.

Private sponsorships have indeed become a reality in Europe, with sponsoring organisations developing innovative practices on the ground, evaluating their performance and outcomes with local volunteers and refugee beneficiaries, in order to assess the extent to which private sponsorship indeed enhances welcome and inclusion at local level.

At European level, the European Commission published the Communication, Enhancing legal pathways to Europe in September 2018, mentioning private sponsorship as a safe and legal pathway complementing refugee resettlement and other safe admission channels. In November 2018, within weeks – if not days – the European Commission is expected to publish a Feasibility Study[1], which seeks to recommend on a framework for future national PSPs. Sources mention that the study leaves many options open, leaving it to governments to determine the framework, objectives and conditions of sponsorship programmes. Setting out several options, the study does not recommend minimum standards for PSP programmes, such as sponsored refugees being additional to resettlement places, or granting full refugee status. While civil society is the very heart and driving force behind PSPs, the feasibility study does not recommend on government-civil society consultation mechanisms. Funding recommendations exclude structural financial support for civil society organisations to enable the sector to develop sustainable coordination structures, tools and training of volunteers etc. Surprisingly, it would be governments that would benefit from funding, receiving EUR 10,000 lump-sum payments for each sponsored refugee admitted, available for resettlement under AMIF, and, when adopted, for other types of admission, under the Resettlement Framework Regulation.

It is clear that sustainable and high-quality PSPs can only thrive when civil society is recognised as full-fledged partners in a climate of trustful and transparent relations. To agree on common objectives, terms and conditions of sponsorship programmes, and to ensure maximum buy-in and support, multi-stakeholder dialogue and consultation frameworks should be promoted at European, national and regional levels. A good example in this respect has been Ireland, where the government engaged consistently with civil society stakeholders over the last year to define the Irish PSP – to be launched by the end of 2018.

The ongoing European Resettlement Programme calls for 50,000 refugees to be resettled by October 2019. By July 2018, only 13,000 refugees had arrived. For civil society actors, it will be important to reflect on whether to engage in PSPs that do not offer additional resettlement places for refugees. At the same time sponsoring organisations and volunteers must seek to strengthen capacity to ensure that refugees receive the quality support and guidance to which they are entitled. Each country context is different. The national welfare system and the way it benefits people in need of international protection, for example, is a key feature when defining sponsors funding obligations. With growing European resettlement programmes, governments remain accountable to ensure support and advice to the most vulnerable, cooperating with NGOS that have a longstanding experience in this area. Sponsoring volunteers offer their time, warmth, friendship and resources, but should not take up the role of professionals. PSP programmes must therefore ensure that private sponsorships complement and add to resettlement but do not result in two parallel and competing systems. Resettlement service providers and sponsoring programmes should therefore link up to share knowledge and training. Like in Canada, specific blended programmes can be developed that provide additional professional support services and financing for the sponsoring of refugees with special needs. PSPs can bring many benefits to refugees and to our societies. However the devil of these programmes will be in the details. NGOs, churches and civil society will need to make sure to engage in the discussions, before it is too late.

About the author
Petra Hueck studied international law (The Netherlands) and cultural anthropology (Belgium) and has been heading the International Catholic Migration Commission (ICMC) Europe office since 2005, developing advocacy, partnerships, and research and programme activities, focusing on refugee resettlement, complementary pathways and refugee integration. With partners IOM and UNHCR, ICMC Europe has been leading on the European Resettlement Network (ERN) and developed SHARE, a network of regions, cities and civil society partners.

[1] Study on the feasibility and added value of sponsorship schemes as a possible pathway to safe channels for admission to the EU, including resettlement 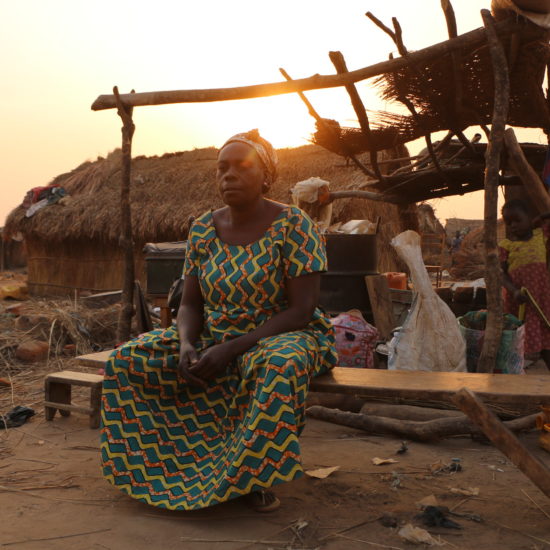