Originally published on Euractiv under the title Time to recognise migrants’ contribution to Covid-19 response as part of Caritas’ Europe-wide #whatishome campaign.

The ongoing global discussion about racism and ethnic discrimination needs to include the obstacles faced by non-European migrants in Europe. While migrants have long been contributing and have played a critical role as essential workers recently during the pandemic, they have rarely been recognised for their positive contributions and their rights are still being undermined.

“The hardest part of being of foreign origin is about how you are perceived by others. Some look at you suspiciously”, said Christian, a nurse who arrived in Belgium aged 20.

The recent crisis has shed light on the critical role of essential workers in sustaining European healthcare, supply chain and agricultural systems. We have long ignored the fact that migrants, including refugees and often asylum seekers, compose an important share of these workers and of our community. It is time for Europe to recognise their contributions and to ensure the system allows them to develop their competencies and skills, while also ensuring their rights are respected.

A recent study of the European Commission has shown that 13% of workers in the Union active in the above key sectors are foreign-born, with many coming from outside of Europe. In certain professions, non-EU migrant workers (and often women) are starkly overrepresented, such as in cleaning (25% of the overall total), mining and construction (17%), personal care (14%), machine operation (13%) and food processing (11%).

Migrants and refugees have long played a key role in sustaining European economies in sectors as diverse as logistics, agriculture, healthcare, construction, education and science, to just name a few.

What often goes unsaid is that migrants, particularly in low-paid sectors, are not afforded the same opportunities as natives. For example, in Austria, they are generally more likely than their native counterparts to work in precarious conditions, have lower wages, and experience a heightened risk of unemployment with almost no career advancement opportunities. In the agricultural sector in Italy and Spain, where workers tend to be recruited informally, Caritas has found that migrant workers are highly vulnerable to labour exploitation, often live in destitution, and have limited or no access to social security. All in all, migrant workers are more likely to live under the poverty line due to discrimination and labour market barriers than their native counterparts, as found by Caritas’ reports. COVID-19 has only made this bleak situation worse: as migrants are more likely to work in precarious situations, they were also more exposed to the impact of lockdown measures, as shown by the projected slump by 23% in worldwide remittances – the revenues migrants send home to their families.

Despite Europe’s reliance on migrants and refugees to maintain essential services, many European countries have so far failed to recognise migration as a positive aspect. For example, while migrants are de facto essential for European economies and societies, the European Union and its Member States provide for only very limited safe and regular channels of migration from outside the Union, therefore creating the conditions for more irregular arrivals. Even when non-EU nationals are able to enter the EU legally, they struggle to maintain their residence permit due to requirements that are often beyond their control (e.g. impossibility to prove formal employment, precarious jobs, etc.). In addition, across Europe, migrants (particularly non-Europeans) face discrimination in the housing and labour market, as well as broader racial discrimination fuelled by xenophobia and populist nationalist discourses.

Simply recognising migrant contributions to our societies and economies is therefore not enough. In order to facilitate their inclusion in European societies, we must take this crisis as an opportunity to promote just policies that advance the dignity and rights of migrant workers and their families. At a time of a looming economic crisis, this is not to say that such policies should come at the expense of other groups of people in situations of poverty and vulnerability, but rather that the specific needs of migrants and refugees should be integrated in the broader social and economic responses to the current crisis of both the EU institutions and its Member States.

The EU and its Member States should also step up their engagement to address, monitor and sanction discrimination and xenophobia, by respecting the dignity of every person and thus adhering to and strengthening existing non-discrimination and equality legislation, programmes, and actions in employment and occupational training. Drawing on the political guidelines presented by Commission President Ursula von der Leyen, it is also vital that the EU commits to adopting new non-discrimination legislation that ensures comprehensive protection against discrimination, including in housing. At a time of misinformation, it is also important to establish a fact-based and responsible public discourse on migrants and refugees in all news and communications media, and on social media in particular.

Europe has openly relied on migrant labour to face the pandemic and identified them as frontline workers of this battle along with many other essential workers. It is time for Europe to ensure that migrants’ skills and talents are publicly and openly welcomed and valued and their human rights are at all times respected, not just when there is a need for their labour. 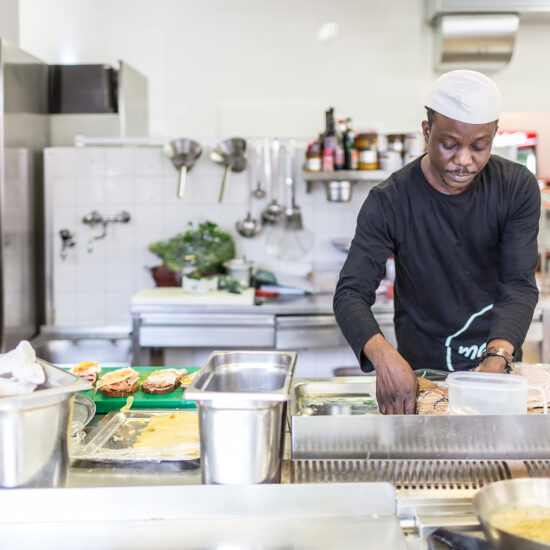 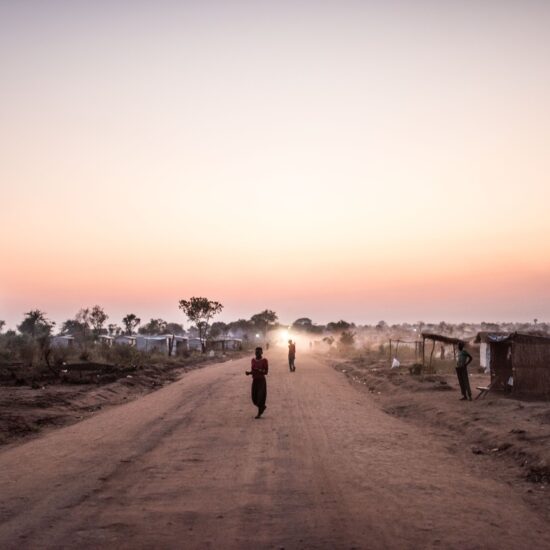