In the framework of the MIND project and building on the collaboration between Caritas International Development Directors, a group of European Caritas organisations (Caritas Czech Republic, Caritas Denmark, Caritas International Belgium, Caritas Norway, Caritas Slovenia, CAFOD, SCIAF and Caritas Europa (CE)) is organising a series of webinars to discuss Caritas’ commitment towards achieving a more human-centred economy with respect to Catholic Social Teaching (CST), and the role of the private sector in this context.

The webinars will offer a platform for Caritas organisations to present their concrete actions in the area of international development that support the development of a fair and sustainable economy and that are undertaken in collaboration with the private sector. The webinars will also give participants the opportunity to discuss how Caritas can play a more active role in enhancing the social contributions of private sector actors and in transforming the existing economy into a human-centred one.

This will be the third webinar of the series, which was launched in early September 2020 and already covered a webinar on guidelines for Caritas’ relations with companies and another on Caritas’ social economy initiatives in Europe. Although participants are invited to attend all webinars, they are stand-alone webinars, which do not require consistent participation.

There is a growing international consensus on the fact that the predominant model of human progress is no longer sustainable for either our planet or its people. As Pope Francis says in Laudato Si’, we need an alternative to the globalisation of indifference and to place the economy at the service of peoples. Taking this into account in Caritas Internationalis (CI)’s and Caritas Europa’s strategic frameworks and incorporating it in an integrated approach to combating poverty, restoring dignity of the excluded, and contributing to integral human development, this approach pays specific attention to socio-economic inequalities and to the fact that existing economic structures perpetuate or even exacerbate the former. For example, this is evident by the erosion of working standards and/or access to social and economic rights. A discussion on the importance of economic fairness and social/economic justice in international development is thus aligned with Caritas’ mission to foster a people-centred economy, feasible models of social inclusion, and development processes that are not just about the material dimension, but about the whole human person.

Within Catholic Social Teaching, there is a recognition that economic activities must operate within a broader moral framework of honesty and accountability, respect of human dignity, fairness, and a vision of integral and authentic development that goes beyond mere material profits. Enterprises based on these principles are beneficial because they promote an economy of inclusion and participation, seek to rebalance power in the global economy, and enhance social values such as solidarity and subsidiarity, hence enriching the social fabric.

This webinar will offer a platform for an exchange on promising practices to build on the potential of local economies and to support poor people to move beyond survival to a situation where they can thrive. Besides giving visibility to existing good practices, the webinar will also aim at identifying opportunities on how the EU external action can better foster the resilience of local communities and economies.

We will also hear about Caritas Bangladesh’s project “CORR – the Jute Works”, which is a concrete example of a successful business that is inclusive and contributes to the common good. CORR, which stands for Christian Organization for Relief and Rehabilitation, has set up the Jute Works, a women’s non-profit handicraft marketing trust and exporter of quality handicrafts. Based in Dhaka, Bangladesh, the Jute Works is one of Bangladesh’s largest exporter of handicrafts and represents more than 4,000 rural women artisans in 154 workshops with the  aim to empower rural women through handicraft production, animal husbandry and small job creation projects, providing job training and leadership skills to the women. The remarkable aspect is that members share ownership, participate in decision-making and receive the benefits of surplus production.

The webinar will also count on the participation of the European Commission, explaining how their international development actions target marginalised groups, empower small entrepreneurs, and support and foster the resilience of local communities and economies. The representative from DG DEVCO’s Unit on Private Sector and Trade will also talk about how the EU can promote a more enabling environment (for current businesses to thrive and future ones to be established) and provide more and better support for such initiatives in partner countries.

Ms. Gisele Henriques is Sustainability Technical Lead, at CAFOD, an international development charity and the official aid agency of the Catholic Church in England and Wales. Gisele is an integral human development and livelihoods specialist with 18 years professional experience, 11 of them working directly with communities and partners in the Global South and three years influencing EU institutions and the UN system on a just transition. She spent seven years remotely supporting teams from headquarters on livelihoods, resilience and sustainability. She has a passion for social and environmental justice, weaving grassroots organising, holistic programme design and management with systemic change approaches. 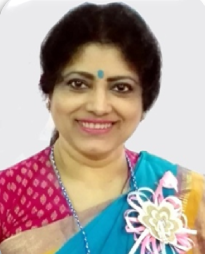 Ms. Bertha Gity Baroi is the Director of CORR – the Jute Works. She has worked for the welfare of the rural women artisans who produce and export handicrafts since 1973. Under her leadership, the CJW has become a leading organization in the handicraft export arena, winning multiple national awards. Ms. Baroi has served as the Honourable Treasurer of the World Fair Trade Organization – Asia region (WFTO Asia) and presented several papers on social enterprises and social work at various international seminars and workshops in Asia and Europe. Currently she is also the President in the Dhaka YWCA Board. 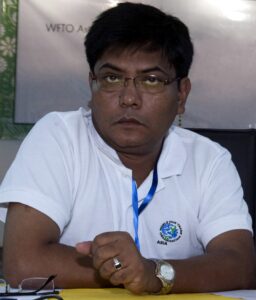 Milton Suranjit Ratna is an activist, researcher and policy analyst, specialised in sustainable development, enterprise development, trade justice, women empowerment, globalization, fair trade and climate justice. Milton has worked as a freelance journalist and socio-economic researcher in Asia. In 2001 he joined CORR – The Jute Works. He current serves as the Development Manager working on Fair Trade & Fair Wage; women’s socio-economic empowerment; rural enterprises; markets and value chains; amongst other areas. He obtained a Masters from Dhaka University in Management and a Post-graduation diploma in Development Studies from ACTS, India. 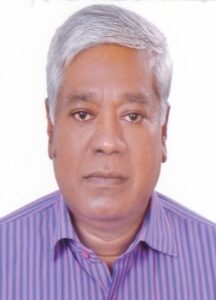 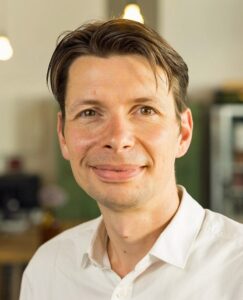 Dr. Matthias Altmann is Policy Officer for private sector policy and sustainable value chains at DG DEVCO. He has 20 years of experience in business and development with deep interest and understanding of how both can combine to help people escape poverty through private enterprise and trade. Trained as an economist at University of Hohenheim, Germany, and Maastricht University, the Netherlands, he started his professional career in development cooperation as a Business Development Manager in the funding agencies practice of KPMG, before he received a PhD in development economics from the University of Erfurt’s Faculty of State Sciences. He then joined Fairtrade International where he was closely involved in the development of new markets for Fairtrade-certified products in South Korea, South Africa, India and Brazil. He joined the European Commission in 2011 as Policy Officer with thematic responsibility for private sector policy and engagement, sustainable value chains, responsible business conduct, and fair trade, and led the drafting team for the Commission’s 2014 Communication on the role of the private sector in development. He then went to the private sector advising major companies, development agencies and NGOs on sustainability strategies and private sector engagement for development before returning to the European Commission in 2019. Matthias authored a book on “Contextual Development Economics” published in 2010 at Springer, New York. 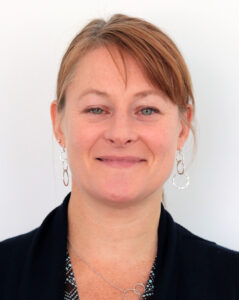 Dr. Shannon Pfohman is the Policy and Advocacy Director of Caritas Europa, where she oversees the advocacy work of the European network in the areas of social economy, social rights and policy, migration and asylum, development policy, and humanitarian aid. Prior to this, she worked as the Deputy Director of Policy at the European Network against Racism in Brussels and was the Competence Centre Manager for Equal Opportunity in the Migration and Qualification Department of the Confederation of German Trade Unions’ in Düsseldorf. In Germany, she also worked as a researcher at the Berlin Institute for Social Research (BIVS), as a volunteer coordinator with the Jesuit European Volunteers in Munich, and as a hospice aid worker with Caritas Nuremberg. In addition, she worked in inner-city Chicago with formerly homeless adults as a social worker and at the Student Resource Centre at Santa Clara University. Her Master’s Degree was in Intercultural Communication and Conflict Management, attained at the Alice-Salomon University of Applied Sciences in Berlin and her PhD, attained at the Free University in Berlin, provided a comparison of the modalities of integration based on a sample of Bosnian refugees in Berlin and Chicago.

This webinar is open to representatives from the global Caritas confederation, civil society organisations and EU institutions.

Although participants are invited to attend all webinars of the series, these are stand-alone webinars, which do not require consistent participation.

The webinar will be conducted in English.

This is an online event. You will be able to connect via GoToWebinar. You will receive detailed instructions on how to connect and a link to the webinar upon registration.

This event is part of the MIND project, which has received the financial assistance of the European Union Development Education and Awareness Raising (DEAR) Programme.