Will 2020 be a pivotal year for Africa-EU relations?

Originally published on Euronews under the title Will 2020 be a pivotal year for Africa-EU relations? Not without dialogue and mutual respect, in co-authoriship with Albert Mashika, Secretary General of Caritas Africa.

The 10th African Union-European Union (AU-EU) college-to-college meeting last month was attended by a record number of 22 EU Commissioners, the largest delegation of its kind ever on a trip outside the EU. Could this really be the first step to move away from a historically asymmetric relationship and toward true cooperation? After all, as stressed by the Commission President von der Leyen, “this is the essence of multilateralism. It is not only to sit down together to discuss things, but it is also to implement them, to stay true to what you have accepted or what you have promised”.

While EU political leaders claim that 2020 will be a ‘pivotal year’ for EU-Africa relations, the joint announcement expected to be made soon by the European Commission (EC) and the European Union External Action Service (EEAS) fails to show a sincere intention to move away from an asymmetric relationship. The communication, which has been unofficially circulating among experts, is only the kick-off of a long consultation process with multiple stakeholders that is meant to pave the way to the 6th EU-AU Summit in October. Unfortunately, this EU unilateral announcement setting the agenda for the process indicates that 2020 risks being just more of the same old, same old.

In the long history of AU-EU relations, the first joint Africa-EU Strategy adopted back in 2007 already emphasised the need to move ‘away from a traditional relationship’, to forge ‘a real partnership characterised by equality’ and to acknowledge the ‘positive developments on the two continents’, words used again by the Commission as justifications for a new Africa strategy in 2020. In fact, the list of terms used in previous political discourses and policy documents of EU authorship is rather lengthy – 2020 is meant to be a ‘pivotal year’, and also to represent a ‘critical’, ‘golden’, ‘valuable’ and ‘unique opportunity’ to propose a ‘revitalised framework’, ‘shift the paradigm’ and ‘reshape the EU-AU relations’, just as 2007 or 2017 were supposed to. Rhetoric aside, if the EU is serious this time, does this newly proposed strategy have what it takes to be successful?

Ahead of the previous AU-EU summit three years ago, the Commission also presented its vision for the partnership, which was mainly linked to the EU’s strategic interests and the result of an EU-alone reflection. The new one issued to be issued for the upcoming summit has shown progress by departing from an initial dialogue with the AU. Unfortunately, this progress is mostly symbolic, and the document is still not grounded on a shared reflection or on respect toward African counterparts. While the Commission’s proposal tries to take into account African priorities, it does so by cherry-picking the African Agenda 2063 points that are compatible with and relevant to its own strategic priorities. It also fails to show policy coherence, meaning to propose concrete ways to refrain from engaging in actions that undermine sustainable development in Africa and infringe on the human rights of African citizens.

The proposed strategy is meant to help foster a two-way partnership, but it neglects measures to maximise the contributions of Africans to development in Africa. For example, it lacks proposals on fighting racism in Europe, an important obstacle for African diaspora to reach its full potential, and on reducing the cost on the remittances (SDG 10) they send to their countries of origin, an important resource for development. It also lacks proposals on how to change EU citizens’ consumption patterns that are dependent on exploitative practices in Africa (SDG 12), to ensure that EU companies are socially responsible (SDGs 8 and 12), and to promote trade without hindering local agriculture to the benefit of European farmers. The new strategy talks about fighting illicit financial flows, but does not propose a fair tax system in which European companies pay taxes in the African countries where they make their wealth, which could give an important push to those economies. It talks about building peace, but does not foresee sanctions on EU members that break the rules regarding arms sales, which would support the AU’s ‘Silence the Guns’ 2020 campaign. It talks about ways to protect forcibly displaced populations in Africa, but     does not put forward specific actions to expand safe and legal pathways for migration to Europe.

In a missed opportunity, the Commission’s proposed new strategy overlooks the huge and often negative influence that EU Member States and companies have on the lives of millions of African citizens, and fails to serve International Partnerships Commissioner’s promise of working for people (not for governments or companies, but for people). In contrast, a true partnership would not be built on a strategy that only tries to address the challenges and opportunities of the African continent and only focuses on African objectives that are already aligned with EU priorities – reinforcing a paternalistic approach – but would also be based on a critical self-reflection on how the EU can limit the negative spill overs of its internal and external policies in Africa. If the EU does not take policy coherence seriously, its new proposals to foster sustainable growth, green transition, peace, human rights-based migration management, and multilateralism will once more offer only a pseudo remedy to heal the consequences of their own harmful practices and risk being one more wasted opportunity.

To increase the chances of 2020 being a pivotal year, Caritas Europa and Caritas Africa call for EU leaders to put EU democratic and human rights values at the core of the upcoming dialogues and consultations around the new strategy. Only this way can the EU preserve its credibility as a global leader for human rights, work for European and African people, and foster an equal partnership with Africa. 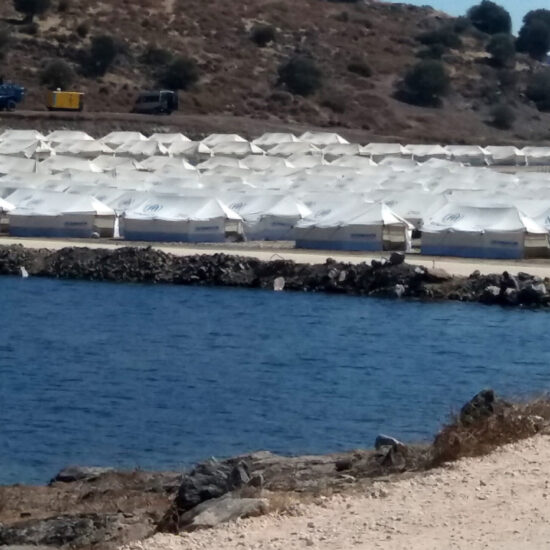 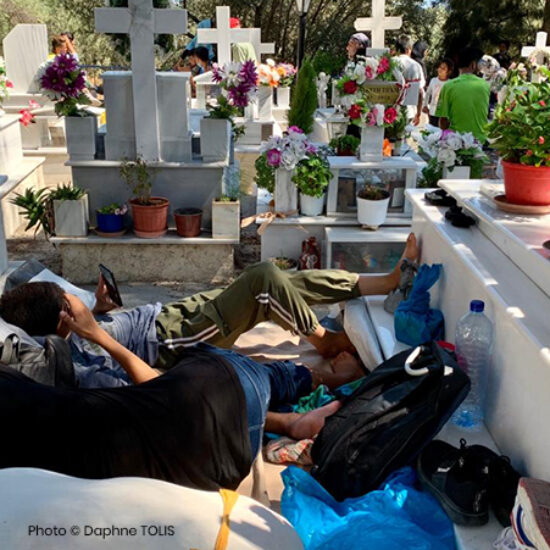 Migrants’ rights are key to development