On the Economy of Francesco

Debriefing on the event

Even the pandemic couldn’t stop thousands of young change makers, researchers and entrepreneurs from contributing and participating in the Economy of Francesco event.

It was Pope’s Francis’ idea to organise this meeting – to gather young people from all over the world in Assisi in February 2020 and ask them to heal the dominant economic system that leaves many people and the environment behind. Why Assisi? Because Saint Francis and his unique service for persons experiencing poverty, creation and peace was supposed to be our patron during the event. And while Saint Francis was a definite inspiration for the event participants, we didn’t meet neither in Assisi nor in February due to the pandemic. The Economy of Francesco event was moved to November and was organised online. But starting from March, 12 villages – groups of young change makers, researchers and entrepreneurs focused on specific topics started to work to bring to the main event propositions, how to make our world and economy more just. They kept meeting, discussing, organising panels and debates, doing research  and preparing proposals for the Final Commitment of the event participants.

During the event itself there were many important topics discussed by experts and young changemakers. Mainly all panellists focused on the critique of mainstream economics and global and local markets that are focused on the maximisation of profit and GDP growth that harms people in vulnerable situations and the planet. Participants tried to find solutions and define new ways of organising the global economy. Below are examples of the mainly discussed topics:

All sessions from the Economy of Francesco event are available online.

Throughout all sessions one additional claim was present – to let young people make this change. To let their fresh look, innovative attitude, energy and will to act to flourish during the process of healing our societies and the planet. That’s why young people were present during the preparations of the event, were invited as experts, could provide their propositions. They will also continue to work to bring this change. The event was just the beginning of a worldwide movement of young changemakers.

The main outcome of the event is the Final Statement and Common Commitment – document that summarises all discussions and gives concrete propositions how we could change the current economic model. The whole document can be found online.

Following the Economy of Francesco event (EoF), Caritas Europa organised a debriefing workshop with some members of the Young Caritas network and members of the Human-centred Economy Task Force and the Social Policy Action Group. The debriefing workshop aimed to present the take-aways and conclusions of the EoF, which were nicely summarised in the Final Commitment, and to reflect on how the CE network could play a role in bringing about Pope Francis’ vision of a human-centred economy.

The main points that stood out to us as a group from the conclusions of the EoF were: the need to emphasise both the social and environmental aspects of the human-centred economy; the need for decent work for all that eradicates in-work poverty; the need for inclusive participation, social rights and the promotion of the universal good.

During the second session, participants brainstormed ideas on the most important aspects of the human-centred economy on an interactive whiteboard, which included: ensuring the link between the social, ecological and economic; emphasising the fact that no human should be left behind; the importance of empowerment and resilience as well as care and inclusion. We also brainstormed on the injustices we see in the current economic system and the areas that are most in need of change. Participants responded with: digital injustice; working poor; unpaid care work: precarious jobs; gender inequality; inaccessible housing; exploitation of workers; and inaccessible services for unemployed. On our third brainstorming topic, we asked how we, as Caritas organisations, can play a role in bringing about a human-centred economy. Some of the ways mentioned include: awareness-raising campaigns on an alternative economic model; partnerships between EU and non-EU Caritas; reducing our own travel; setting up more social economy enterprises; advocacy for policy change; inclusive employment programs; and responsible consumption.

In the last session, participants thought about different initiatives and activities we could carry out under our Strategic Framework to promote the human-centred economy. One suggestion was to do more advocacy on legislative frameworks for social businesses and social economy enterprises, and a second suggestion was working more on ethical finances and with ethical banks, which support social projects.

We would like to thank all individuals and member organisations for participating and for the fruitful discussions. We will continue reflecting on the topic of a human-centred economy and will organise more brainstorming sessions both internally and externally next year. If you would like to be involved in this process, please get in touch with Lucy Anns. 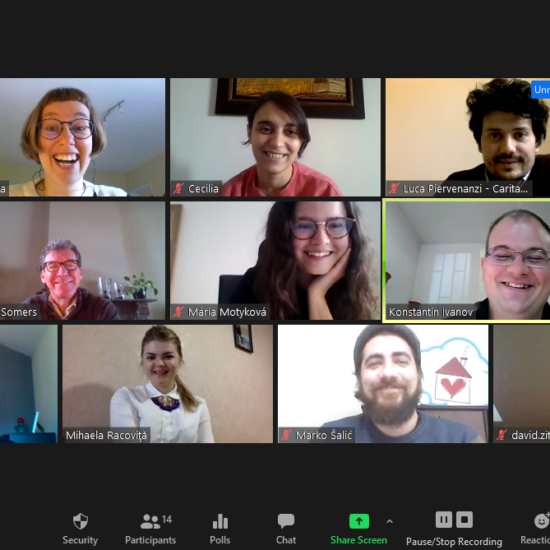 How to set up or step up Young Caritas

Young people are the future of Europe 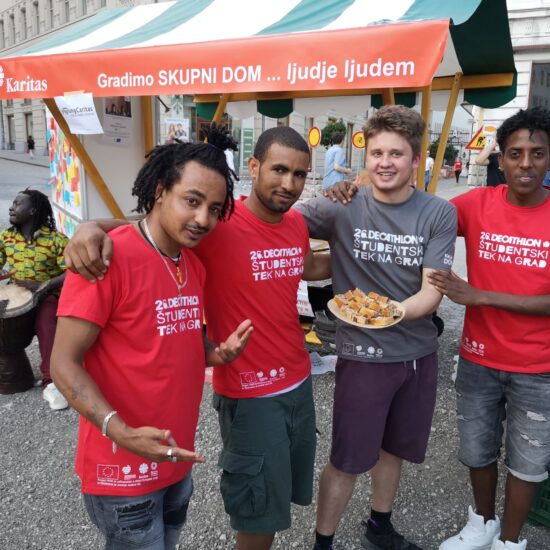